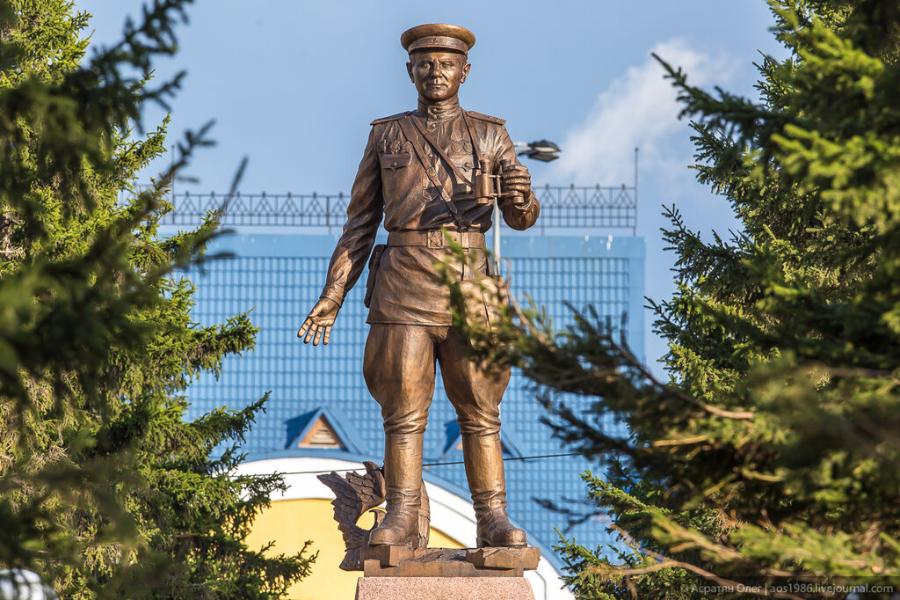 The monument to the Hero of the Soviet Union, the first commandant of the Reichstag Fyodor Zinchenko opened in Tomsk on April 30, 2015. The monument is located in the Park near the hotel "Tomsk".

The monument is made in full growth according to the sketches of the sculptor Anton Gnedykh, the figure is mounted on a four-meter granite pedestal.

The idea of perpetuating the memory of Fyodor Zinchenko arose in 2012, when the celebrations on the occasion of the 110th anniversary of the birth of the first commandant of the Reichstag were held in Krivosheinsky district.

Fyodor Matveyevich was the commander of the 756th rifle regiment, whose soldiers in the 20-ies of April 1945, despite the stubborn resistance of the enemy, the first made their way to the outskirts of Berlin. April 30 fighters under the command of Zinchenko broke into the Reichstag and hoisted on it the battle flag of Victory. Colonel Zinchenko was appointed the first commandant of the Reichstag. 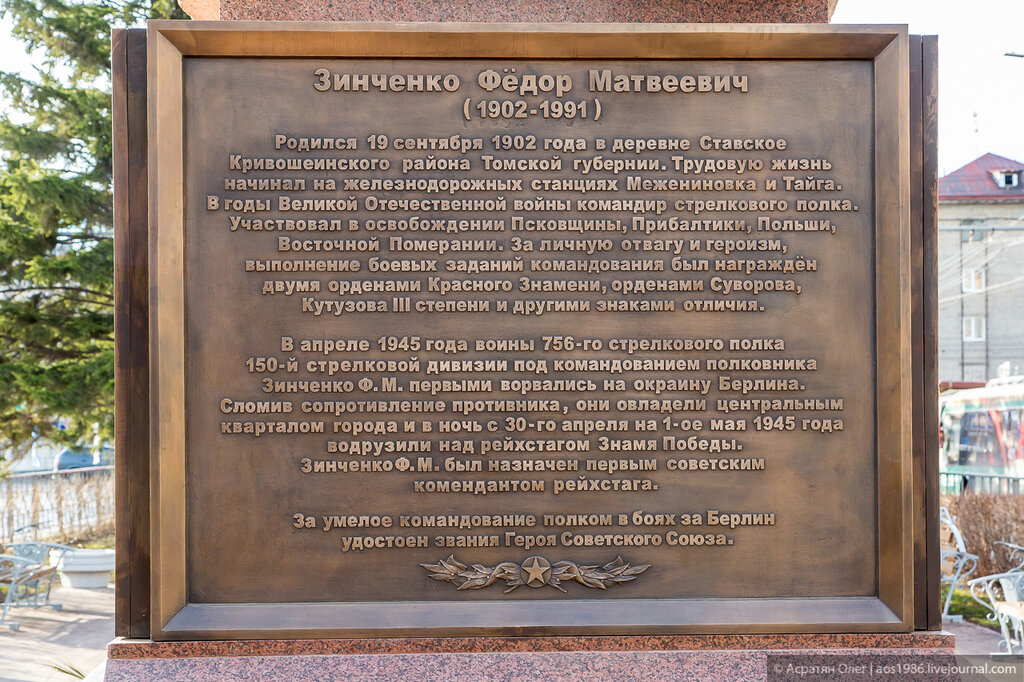 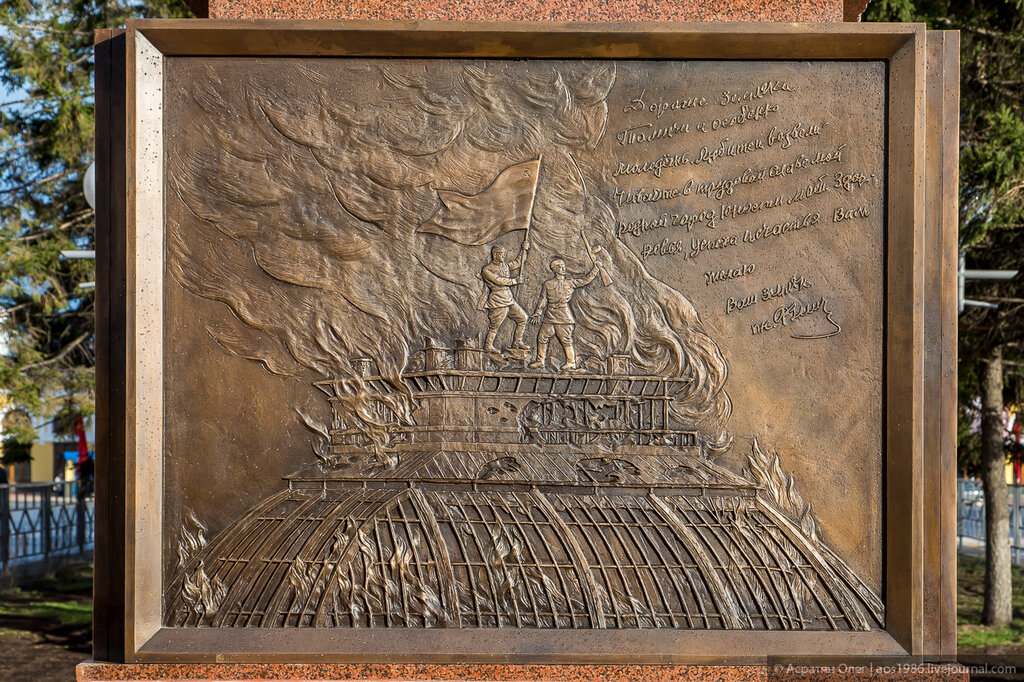 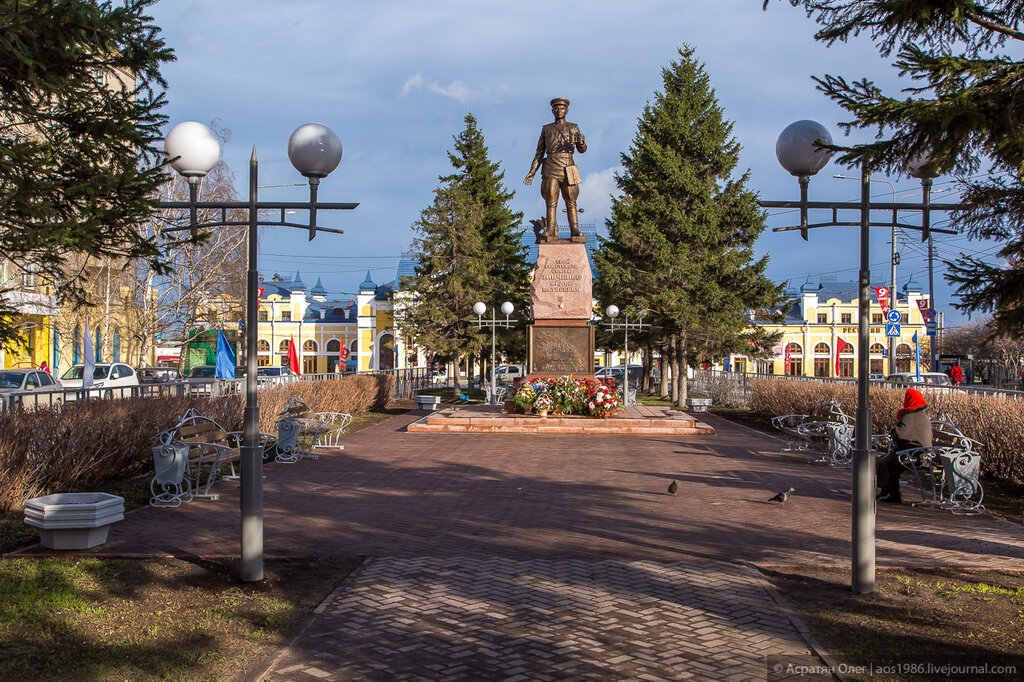