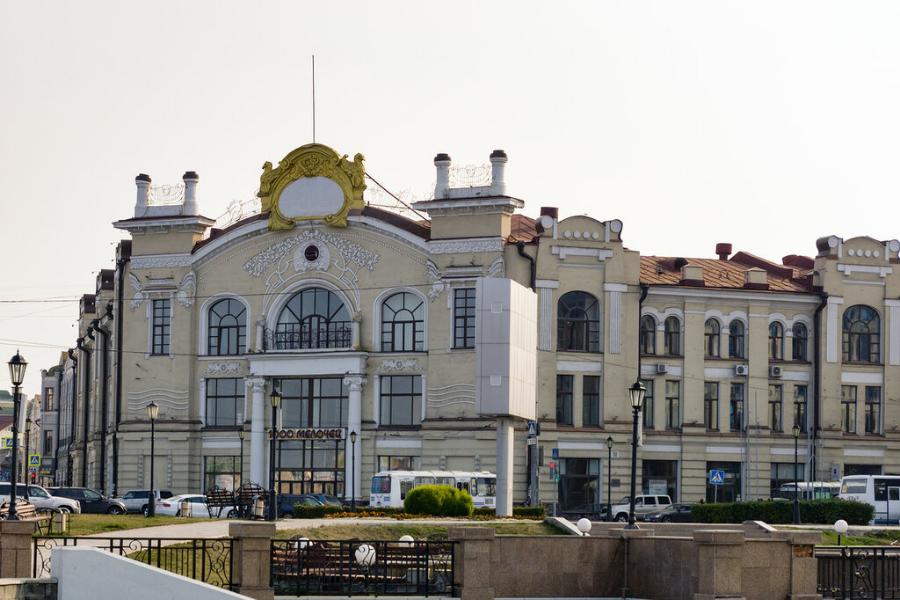 The first fully landscaped hotel in Tomsk and the most famous store were in the same building — the passage of merchant Vtorov. The future of this house is still foggy, but the past is fraught with many interesting stories about the underground passages, the wealth of Siberians and construction tricks.


Construction officially ended on November 10, 1905. On the ground floor there is an extensive General store. There was a well-trained clerk at every yard, and in every shop there were padded stools for visitors. The stores sold not only various materials, but also clothes, accessories, including the latest trends in Parisian fashion, furs, shoes, linen, blankets, perfumes, textiles, tea and other goods. No wonder AF Vtorov called " the father of Russian supermarkets."
It was Vtorov who first began to practice packaging of goods, used special branded boxes and paper wrapper, which contained advertising information (phone number and address of the store), and special people at the request of the customer delivered the goods to the house.


The most fashionable hotel in the city

On the second and third floors of Vtorov passage there is a hotel "Europe", a winter garden and a restaurant. The hotel had sixty rooms, the most expensive of which cost eight rubles per day. The hotel had the first Elevator in the city and in all Siberia. The rooms had electricity and water, some had telephones. There was a chimney in the walls, the prototype of modern heating. At the beginning of the XX century in the rooms of "Europe" stayed; the famous actress Vera Komissarzhevskaya, singer Leonid Sobinov, ballerina Vera Coralli, poet Konstantin Balmont and many other stars of the world and Russian scene of the early XX century.
The 24-hour restaurant could sit as guests of the hotel, and anyone who had the means to do so. A four-course dinner cost a rouble. For comparison, the money could make four trips to a remote area of the city in a cab. The band played all night at the Europa. 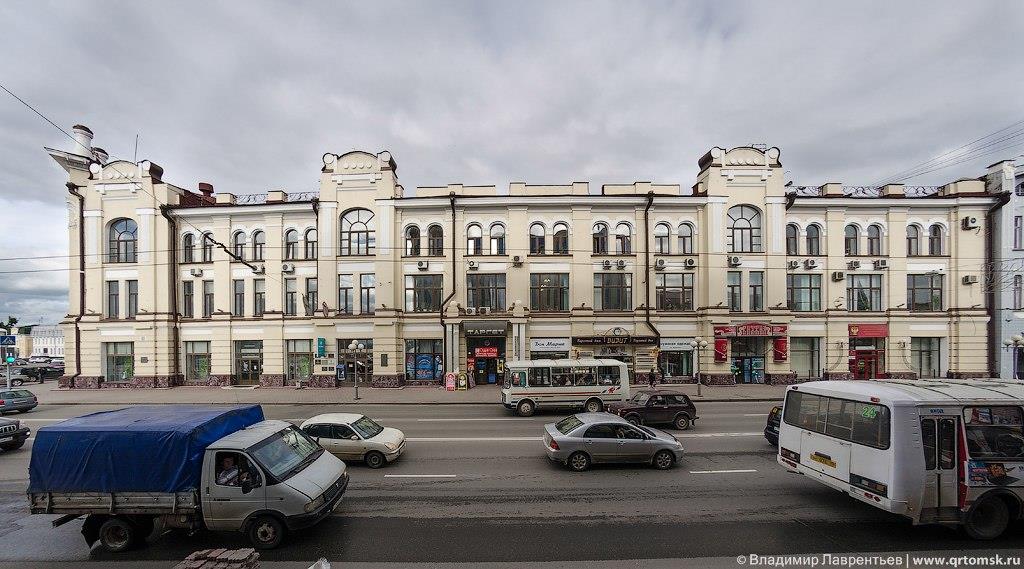 The three-storey building of the vtorovsky passage corresponds to the art Nouveau style from the proportions, the overall composition of the facade to the shape of the door handles. What distinguishes this object of architectural heritage is that its interiors are very well preserved in comparison with other monuments of Tomsk.
The building abounds in decor. Intricate wrought-iron grilles frame the balcony of the former office of N. A. Vtorov. Almost the entire facade of the building is decorated with stylized floral ornament and topped with a cartouche with griffins — a small platform in the form of an unfolded sheet of paper.
In the two-light hall of the building there is a three-marched Grand staircase. The corridors of the third floor of the building are illuminated with light wells-lanterns. 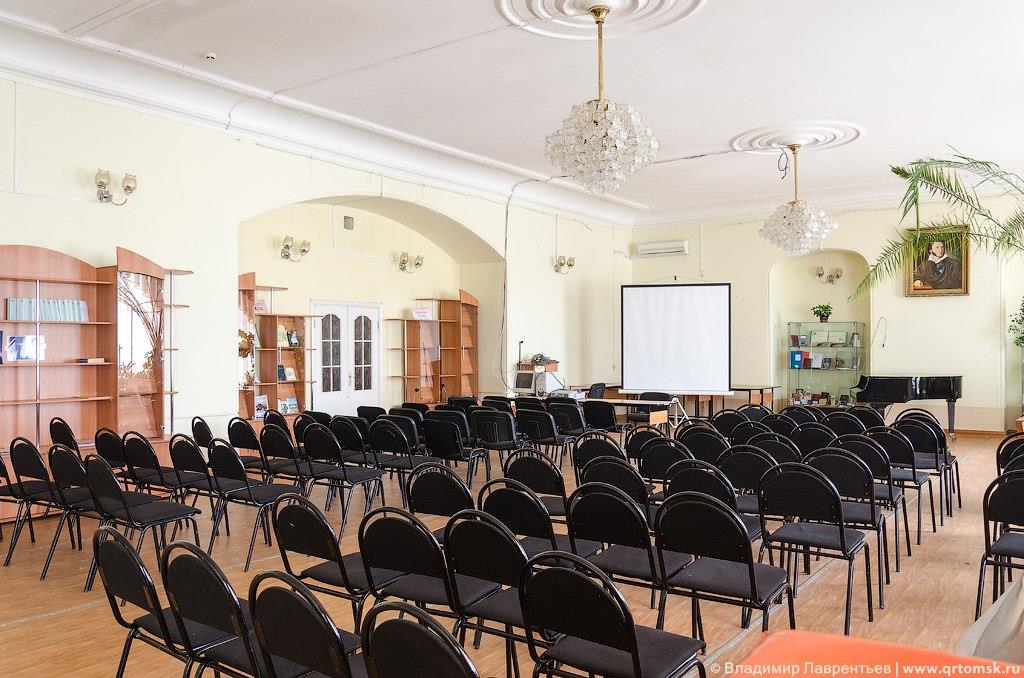 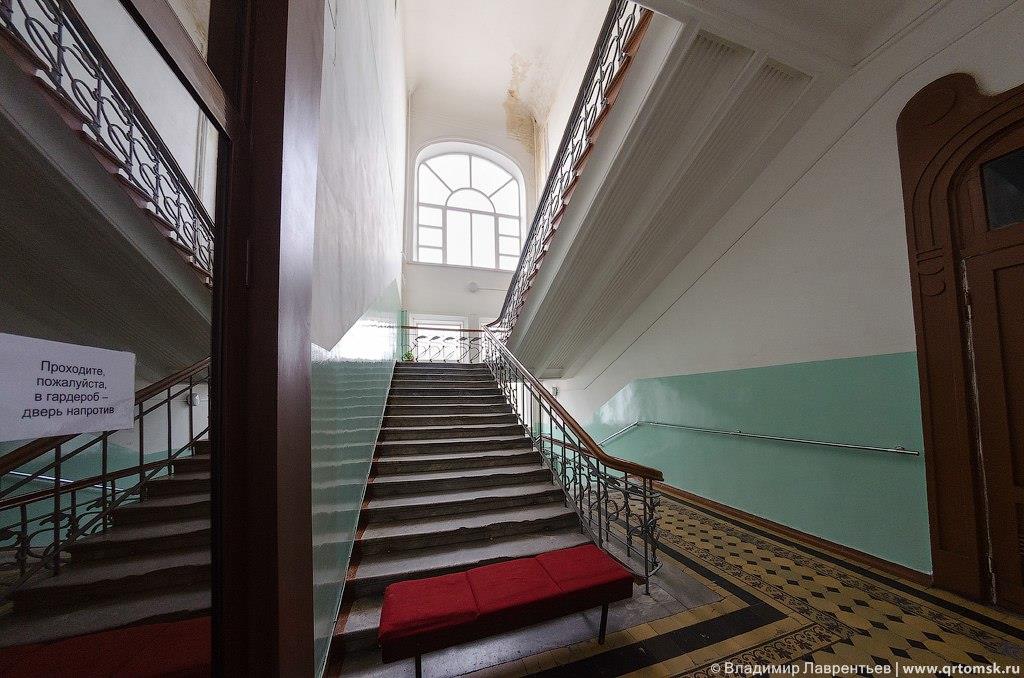